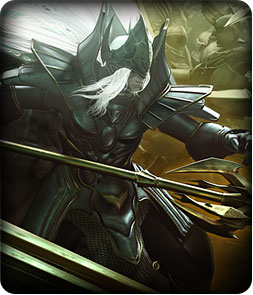 The Dark Lords of MU have surfaced to help face Kundun. They are bred leaders as they used to command great armies and creatures of power in the golden ages. As the threat of Kundun grows ever nearer some have decided to return and help the citizens survive these troubling times. Others on the other hand have returned to seize the opportunity to gain power from the battles that are about to begin. The Dark Lord enters combat brandishing his phenomenal charisma in the battlefield. He has the power to summon the spirits of his raven and steed to help him defeat his opponents. Another wielder of great power like the Magic Gladiators of MU, he can wield equipment and enter zones at 2/3rd less the requirement of other classes. He also has learned spells and techniques never before seen by the inhabitants of MU. In order to unlock the Dark lord you must have a basic character that has achieved a level of 250. The Dark Lord is born to be a leader,wielding his mace,he can strike down any enemy with a little ounce of his power.His powers are feared and respected from every living being in the world.He leads armies against the forces of Kundun,trying to show them that the human world has it's leader and would always be protected.Only few have tapped in the true nature of the Dark Lord,only those who are worthy of the name.

Dark Lord's Journey begins in Lorencia, as it's predecessors, Dark Knight and Magic Gladiator. A Dark Lord can evolve into Lord Emperor by taking the Third Class Quest at Priest Devin. Like Blade Knights, Dark Lord does not have a Second Class Quest.

Wields weapons with great power, cast spells and control an active and agile Dark Raven while mounted on a Horse, wearing a glorious cape. This is the definition of an iMU Lord.

Pets can be used by a Dark Lord. So far there are three different kind of pets. They are similar to Guardian Items, but they have unique abilities, can be leveled and recover their health.