Connected with Swamp of Calmness and Valley of Loren, it plays a vital role as a front line where the allied forces of humans and elves face off against the forces of Kundun. Known for its Fortress, the rough geographical features of the landscape made the structure blessed with natural barriers for defense and a key area for strategy.

There are different monsters that you can find at Crywolf Map. They are high class monsters ranging from Level 97 to Level 135, and recognized as one of the strongest creatures in the continent.

Protected by the allied army of good, Kundun's forces haven't been able to head north and now the front-line is in a deadlock. Therefore Kundun has commanded Lemuria to dispatch troops to the Fortress of Crywolf to overcome a situation.

How to Play Crywolf Event

While Balgas & His Army Attacks the Statue, The other Players must protect the ELF and Prevent Balgas from Capturing the Statue.

The more Elf you have in contract the harder it will be for balgas to capture the CW Statue.

This Event will run for 30 minutes, Waves of Balgas Army will try to invade and kill the elves for Balgas to Capture the Statue

You Must Defend the Statue from Balgas & His Army at all cost to win Crywolf Event.

This Event needs team work and Elf's if you do not elf then you will fail the Event.

How to enter Crywolf

Warp from Valley of Loren (Entrance coordinate: 164,35) as players are unable to use the warp (M) command.

1. Inside village will change from a safety zone to battle zone when the battle starts.

2. Players can't use their personal store or talk to the NPC.

2. When the character gets killed in the battle he will resurrect from a certain location in the map. 3. The goal of the battle is to be the last man standing when the time runs out. 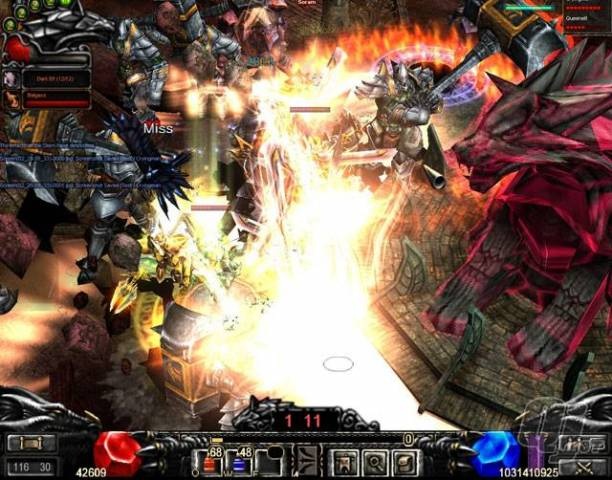 Character restriction for contract - 5 Muse elf characters above level 350. When the contract is ongoing between the altar and a Muse elf, no further contact will be allowed.

Contract time - An icon will be displayed on the characters that can still avail the contract. It will take an effect on the Wolf statue 5 minutes after the altar contract gets registered.

Shield creation - Certain no. of shields for the Wolf statue will be created depending on the no. of characters in ongoing contract at the altar.

When the character gets killed while the contract is ongoing: Shield HP = Total HP of character in ongoing contract

Shield HP - When the contracted character's HP decreases the HP of Wolf statue will decrease as well.

More than 1 altar left and Wolf statue is protected at the end of the battle.

When Balgass is not defeated

Corresponding function can't be used since the trainer and NPC Serbis in Crywolf will be evacuated.

Drop rate for Jewel of guardian in Land of Trial will decrease.