Gens System - Two dominant clans came to the MU continent to conquer lands. With the arrival of Vanert and Duprin, a war broke out, a war between two warring families.

How do I join Gens?

You can join one of the families in Lorencia at Gens Duprian Steward or in Noria at Gens Vanert Steward approach one of the heads of the Gens families and start a dialogue with him. The Gens chapter will suggest you: 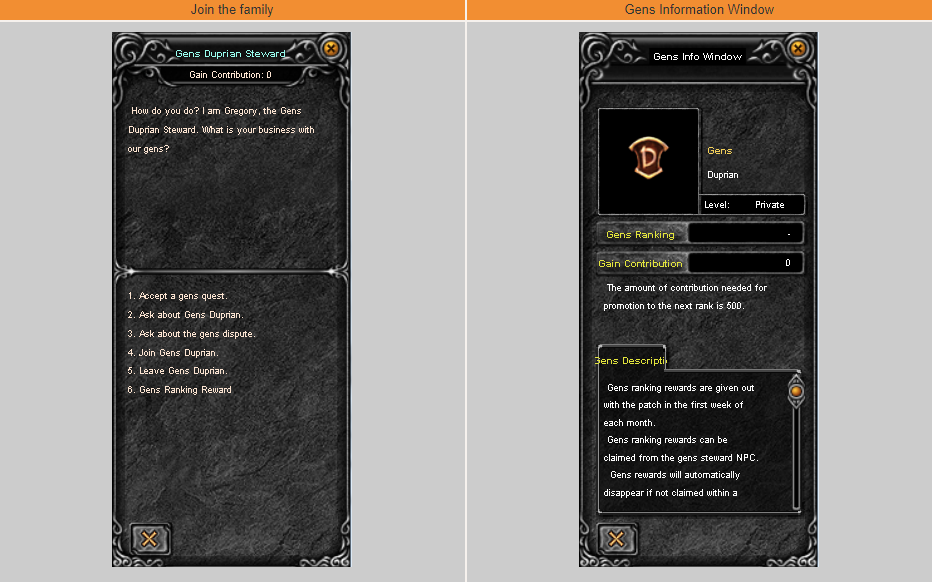 How to start completing the quest

Menu is called by pressing B

How do families differ?

What are the limitations when choosing a side? 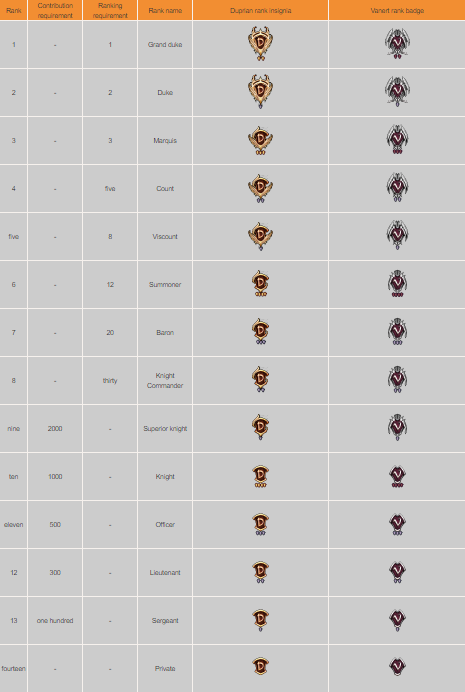