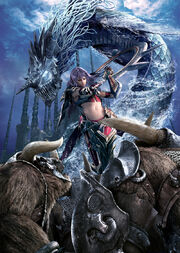 Summoner is the master of the challenge. The Summoner comes from an ancient noble family. Summoners are proficient in elemental magic and can summon various magical creatures to assist them, thereby significantly increasing their capabilities in battle. Summoner has protection comparable to that of warriors. But at the same time, she understands magic spells no worse than the wizards of the MU Online world. In these abilities, the Summoner is similar to the Magic Gladiator.

With special skills, Summoner can be a very effective teammate on the battlefield in MU. The sleep spell binds, and the life theft spell significantly weakens the enemy. With an additional lightning strike, the Summoner finally brings down the enemy.